My new book is out now on Amazon.

The real reason you’re not finding a job 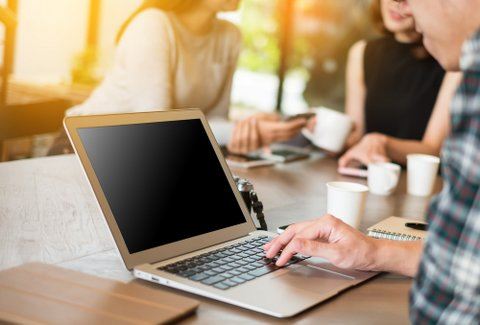 An article published on the BBC website recently entitled “Fat people earn less and have a harder time finding work” highlighted the impact appearance has on a person’s likelihood of finding a job. The article cites research findings from the University of Exeter that found that being overweight often leads to lower opportunities in life, including lower income.

So why does our appearance matter so much when we go for a job interview? And what can we do about it?

Of course physical appearance, age and weight should play no role in recruitment and in an ideal world we should judge people on their ability to do the job, not on their appearance. However, the reality is that the recruiter’s subconscious has a huge impact on hiring decisions. This so-called unconscious bias is widely recognised and means that, unknowingly, recruiters often make hiring decisions within the first five minutes of seeing a candidate. The rest of the time is spent finding reasons to justify it.

As much as we’d like to deny it – the truth is that factors such as weight, age and personal grooming do play a role when people apply for jobs.

Imagine the scene: Tom, a sales executive in his early forties has been out of work for months. His CV is solid, he has stayed up to date in his field and he has excellent referrals, yet he’s unable to get past the first interview stage. So what is wrong?

Without necessarily even acknowledging it, the recruiter sees someone who is overweight, perhaps a little out of breath and even flustered. This bias may well flash ideas such as laziness, health issues and a lack of self-control. Of course, these messages are not politically correct, nor are they necessarily accurate, yet many people interviewing Tom would probably have had similar subconscious messages. The rest of the interview their brains would have worked hard to find “more acceptable” reasons why Tom was not the right candidate for the job.

It is exactly for this reason that research has repeatedly pointed to the unreliability of the recruitment interview as a way of finding the best candidate for the job, yet it remains the preferred method.

How can you improve your chances of getting the job?

So, as a candidate, what can you do to make sure the recruiter likes you in those first five minutes? Of course, if you have blonde hair and the recruiter has an unconscious bias against blondes, there’s not much you can do. However, I believe there are ways to outsmart the bias.

Positive first impressions are made by people who exude an air of quiet confidence, look professional and have the likeability factor. Regardless of your size or shape, if you are well groomed, professionally dressed and appear calm, confident and in control, you have a better chance of being taken seriously.

If you’ve been unemployed for a long time, had countless knockdowns and are stressed by your current situation, this is easier said than done, but don’t ever let yourself go – as that will definitely count against you in your job search.

Feel good about yourself and this will come across at the interview. Studies working with the long-term unemployed have shown that an increase in positivity has had a significant impact on their ability to find a job. So start identifying what goes well each day and appreciate that feeling of success. Even in our most challenging times, find time to focus on what works. Take pleasure in small things – take walks, enjoy nature, read a good book, have an interesting conversation with someone – nourish your soul.  By focusing on the positive, we start to feel good about ourselves and it shows.

When you are busy or stressed, exercise is often one of the first things to go. But remember, if you appear out-of-breath or unfit, irrespective of how objective the recruiter believes he/she is, his or her unconscious may just be picking up messages such as a risk of illness, absenteeism or lack of energy.

A recruiter would seldom knowingly use this as a selection criterion but at an unconscious level it may influence his or her decision. So ensure you exercise regularly and look your best.

Volunteering has been shown to have a positive impact on quality of life as well as on our confidence. And quiet confidence is something that will have a positive influence on the recruiter. Also, by helping others it gives a sense of purpose, puts you in contact with people and helps build your skill set. Identify ways you could help others. Not only will it add structure and purpose to your life, it will also show the recruiter that you’ve been using your time constructively.

So, if you’ve been spending your time polishing your CV and networking, perhaps it is time to take an alternative approach as well. Take a critical look at your physical appearance and personal habits to see how you could circumvent a recruiter’s unconscious bias.

Meanwhile, we as recruiters should also take a critical look at the way our unconscious bias may be affecting our recruitment decisions and how we are missing out on valuable talent from certain ‘vulnerable’ groups.

Get Ready To Retire
Download My FREE Guide To Successful Retirement

Please enter your name.
Please enter a valid email address.
GET IT NOW
Something went wrong. Please check your entries and try again.

We will not sell your information to third parties and will protect it in accordance with our Privacy Policy.